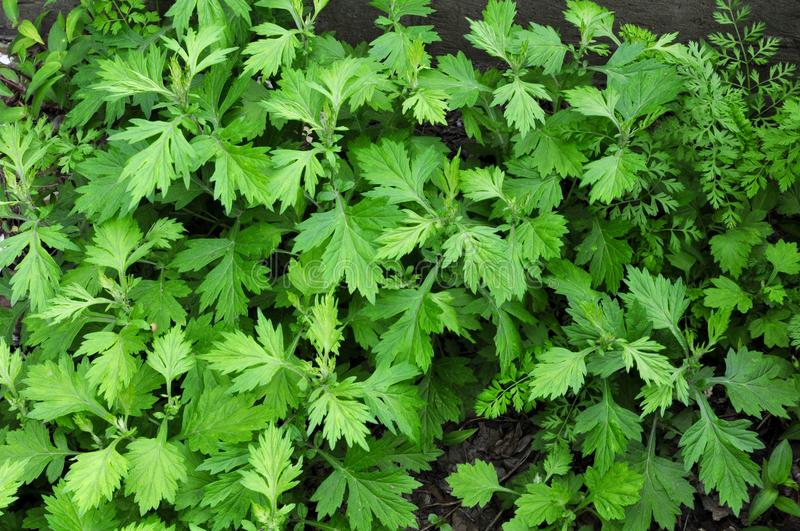 The mugwort plant has been traditionally used for everything from digestive disorders to beer-making, insect repellent, and more. Mugwort (Artemisia vulgaris L.) is a perennial plant in the Asteraceae family. The plant is native to Northern Europe, and Asia; it can also be found in many parts of North America. Dried herbal material is also available. JUST ASK.

The mugwort plant grows to 4 feet in height, but occasionally reaches heights of up to 6 feet. Its angular reddish-brown stems have bitter-tasting leaves that have a sage-like aroma. The plant blooms with yellow or dark orange flowers in the summer.

The aerial parts of the mugwort plant are used as an essential oil. The plant is also burned in moxibustion practices.

In addition to its medicinal use, mugwort has been used for smudging, protection, and inducing vivid dreams (when placed underneath a person’s pillow).

Historically, mugwort was used by the Romans, who are said to have planted it by roadsides, so that marching soldiers could put the plant in their shoes. This was done to relieve aching feet. St. John the Baptist was said to have worn a girdle of mugwort.

Many people consider mugwort a common weed. This is because the plant spreads aggressively, often taking over large areas of a garden. The plant is related to ragweed and may cause allergy symptoms that mimic those caused by ragweed allergies.

So, when it’s found growing in a person’s yard or garden, mugwort is often destroyed. But in other areas of the world, the benefits of mugwort are much more appreciated. The parts of the plant that grow above ground and its roots are used to make medicine.

Mugwort has been ascribed many health-promoting and other beneficial properties. These include:

Common uses of mugwort (which have not been backed by clinical research data) include:

Mugwort is commonly used by alternative health practitioners for many health conditions.

Although there are preliminary studies that reveal mugwort’s potential health benefits, there is not enough clinical research evidence to definitively support the safety and efficacy of mugwort for treating many health maladies, including:

As part of traditional Chinese medicine (TCM), mugwort has been used in the practice of moxibustion for thousands of years. Moxibustion involves rolling mugwort into sticks or cones, igniting it, then waving it over the area that is to be treated. This serves to stimulate the acupuncture point with heat and the herb’s chemical compounds.

Although this procedure may sound primitive, there is clinical research evidence that backs the effectiveness of moxibustion and lends some credibility to the practice of moxibustion.

A systematic review, published in 2012, examined the effect of moxibustion on breech babies.2 The study authors explained that when combined with acupuncture, moxibustion may result in fewer cesarean births, and that the practice also reduced the need for oxytocin (a hormone that signals the uterus to contract during labor).

Note: Since the mid-1960s oxytocin-induced vaginal delivery of breech babies has been almost universally disapproved of for breech presentations.

The study authors concluded that performing moxibustion may also lower the incidence of breech presentations at birth.2﻿ More research is needed to definitively prove the safety and efficacy of the procedure. How Moxibustion Is Used in Traditional Chinese Therapy

The parts of the mugwort plant that grow above ground are used to make essential oil, which is composed of several therapeutic chemicals (including camphor, pinene, and cineole). This chemical composition has diverse health-promoting properties including the plant’s antioxidant, antibacterial, and antifungal effects.1

Another chemical that has been extracted from mugwort is called artemisinin. It is thought to have anti tumour medical value

There is not enough medical research data to prove—or disprove—the safety of mugwort. Mugwort is likely unsafe for people who are pregnant or breastfeeding. It may cause the uterus to contract, inducing miscarriage. Mugwort’s use has not been established as safe for infants.

Note, the Asteraceae family is sometimes referred to as the Compositae family. Mugwort pollen has also been known to cause allergic reactionsin those who have a tobacco allergy.

People who are allergic to celery, birch, or wild carrot should use mugwort with caution because the herb has been associated with a syndrome called “celery-carrot-mugwort-spice syndrome.”

Less prevalent were cross-reactivities (allergies) to spices and herb, including anise, fennel, and paprika.

Mugwort pollen may also cause allergic reactions in those who are allergic to:

A person experiencing mild allergy symptoms to mugwort should immediately stop taking the herbs and contact the healthcare provider.

Mild allergic symptoms to mugwort may include:

Severe allergic symptoms to mugwort may include:

Severe allergic symptoms are signs of a medical emergency. Anyone with symptoms of anaphylactic shock should seek immediate emergency medical care right away.

Mugwort is commonly used in cooking to flavor many foods and beverages, including fish, meat dishes, desserts, pancakes, soups, salads, beer, and more. Mugwort was used in Europe to flavor beer long before hops were discovered.

Mugwort can be used in several preparations, including:

Mugwort can be made into a tea by adding 1.5 teaspoons of mugwort leaves to a cup of boiling water (in a French press or tea infuser), steeping for 10 minutes then straining off the leaves and serving.

The roots of mugwort are used to make a tonic said to boost energy.

In ancient cultures, mugwort was smoked to promote vivid dreams. This is because mugwort is said to produce mild psychotropic effects during wakefulness. A psychotropic effect can be induced by a substance that impacts the mental state of a person.

For preparing fresh mugwort after picking, spread the plant’s stalks and leaves into fan shapes so they will evenly and thoroughly dry, then tie them up and hang in the open air.

The right dose of any medicinal supplement, including mugwort, depends on many factors, including a person’s overall health, age, and more. There is a lack of medical research study data to determine a safe range of doses for mugwort.

See the package inserts and consult with a professional health care provider or pharmacist to establish a safe and effective dose, before taking mugwort.

Keep in mind that even natural supplements can cause serious side effects, particularly when a person takes more than the recommended dose.

What to Look For

When buying mugwort (or any other herbal substance) keep in mind that herbs are not regulated by a government agency such as the Food and Drug Administration (FDA) which regulates over-the-counter and prescription drugs.

Therefore, it’s very important to select products that have been certified by a reliable third-party source, such as the U.S. Pharmacopeia, NSF International, or ConsumerLab.com. These organizations evaluate and report on the purity and potency of natural and herbal products. Tips for Safer Use of Herbs and Supplements

When foraging for mugwort, it’s important to keep in mind that the leaves should be harvested before the flowers bloom. When harvesting mugwort for its essential oil content, the flowering tops of the plant should be collected when they initially bloom. This is when the flowers contain the most potent volatile oil content.

Is mugwort a hallucinogen?

Mugwort is considered a mild psychoactive herb (a substance that promotes effects such as sedation and euphoria). Some people take it for its hallucinogenic effects.

Is it safe to smoke mugwort?

Although smoking mugwort has historically been a common use of the herb, there is not enough clinical research data to prove mugwort’s safety, taken in any form. This includes ingesting or smoking mugwort.

Smoking any type of substance (including tobacco) can cause an accumulation of unhealthy substances in the lungs such as tar. When any substance is smoked, it lowers the amount of oxygen that is available for exchange by the lungs. Therefore, smoking any type of herbal preparation is not a healthy way to use the herb.

Is mugwort legal in the U.S.?

Yes, although some sources report that the use of mugwort has been banned, its use is uncontrolled in the United States. What this means is that any part of the plant, as well as its extracts, is legal to grow, process, sell, trade, or give away. But if sold, medicinal supplements must conform to U.S. supplement laws.

Is mugwort the same as wormwood?

There is some disagreement about the difference between mugwort and wormwood. Herbs have many different common names, which can cause confusion. By looking at the scientific name, it’s easy to identify when there are differences in the plants.

Although the two plants are closely related, there is a slight difference. Mugwort refers to all 200 aromatic plants found in the Artemisia genus; wormwood is just one of them. Wormwood (Artemisia absinthium) is the only variation of Artemisia that can be used to distill authentic absinthe.

It is also commonly used to make vermouth.