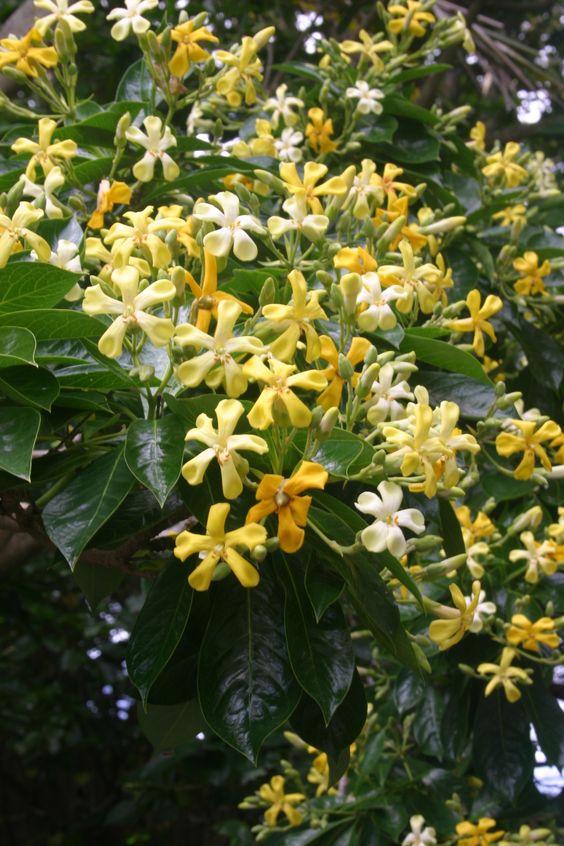 These native frangipani trees are in 45 litre growbags around 1 metre.
Pickup or courier only for this size.

IN THE EARLY 2000s, Australians became crazy about frangipanis. We put stickers on our cars, decorated picture frames, bed covers and jewellery boxes, we stuffed each and every room with scented candles; we even adorned our earrings, necklaces and bracelets with tiny yellow flowers.

Since then, frangipanis have been a mainstay in Australian backyards, beautifully blooming in summer and giving off their signature scent in the spring. The light pink and yellow cultivars are the most popular As for the bright, baby blue frangipanis you’ve seen in artworks, and possibly a hair clip or two… well, they don’t exist.

Hymenosporum flavum. According to The Royal Botanic Garden Sydney botanist Russell Barrett it has been cultivated around the world for its sweet perfume and attractiveness.

The bark of the tree, Russell explains, is also “very fibrous” and has been used by Aboriginal people in Australia to make string and rope for weaving and tools.

Despite having the same common name, there are few similarities between our native frangipanis and the well-known frangipanis of the Pacific and Americas.

The one thing they do have in common, however, is their scent. “Native frangipani also has strongly perfumed flowers that smell like the typical frangipanis everyone is familiar with,” Russell says.

Our native frangipanis look nothing like the frangipanis you’d be familiar with. The native’s yellow flowers are much smaller than those of the exotic cultivars. However, Russell says that, because these flowers grow in clusters, “they still put on a great display,” and their perfume is equally as strong.

Choose a native frangipani instead

According to Russell there are major benefits to planting native frangipani over the non-native varieties. The first is that the former are evergreen, while the latter are deciduous and remain leafless for several months in some regions. Non-natives also drip what Russell describe as a “thick white sap” when a leaf or branch brakes off, which irritates the skin and is potentially poisonous.

When it comes to their delicious smell, non-native frangipanis can be deceiving. “Typical frangipanis provide no nectar, only scent, so they do not provide a sugar reward to visiting insects,” Russell says. “However, birds and insects may be attracted by the sweet scent in the hope of finding food. Native frangipani on the other hand does provide nectar for birds and insects, in addition to its sweet scent,” meaning that you’ll get more garden visitors. Henry.