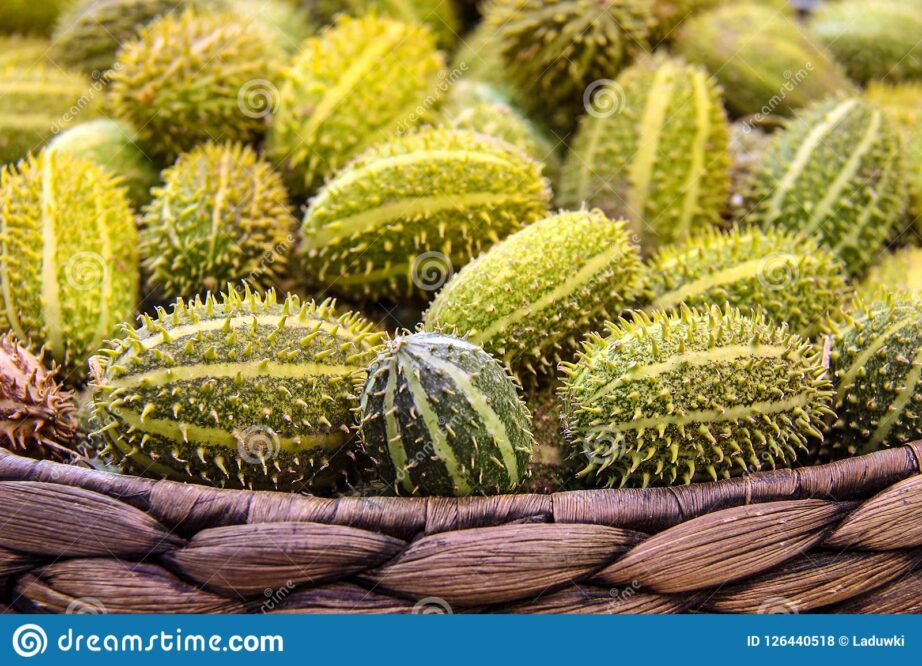 Cucumis anguria is cultivated mainly in the tropics and subtropics, though it can also succeed in regions of the temperate zone with long, hot summers. It grows best in areas where annual daytime temperatures are within the range 21 – 28°c, but can tolerate 8 – 32°c
The plant cannot tolerate frost. It prefers a mean annual rainfall in the range 800 – 1,000mm, but tolerates 300 – 1,700mm
Requires a rich, well-drained moisture retentive soil and a warm very sunny position Prefers a pH in the range 6 – 7.5, tolerating 5.5 – 8.3It prefers warm, moderate humid conditions. It is sensitive to cold, susceptible to fungal diseases, and attacked by aphids and cucumber beetles[418
The plant is an invasive weed in parts of North America and in Australia, and a serious weed in peanut fields of the southern United States
The fruits can be harvested 40 – 80 days from sowing the seed or planting out

There are two main forms of the plant, the wilder form that has a bitter taste and a cultivated form that is more or less free of the bitterness
There are many named varieties of the non-bitter form.
The plant is believed to be derived in cultivation from the tropical Brazilian species C. Longipes. Hook
Edible Uses
Fruit – raw, cooked or pickled
]. The best forms have a very agreeable cucumber flavour without any bitterness
]. It can be used in salads or as part of a savoury dish. The fruit is frequently soaked in vinegar to make a pickle, it absorbs a large quantity of vinegar

]. The ovoid to oblong, yellow fruit is up to 5cm long and 4cm wide, produced on a long stalk
Seed – raw. Rich in oil with a nutty flavour but very fiddly because it is rather small and covered with a fibrous seedcoat
Young leaves – cooked
]. In Africa the leaves of bitter forms are more likely to be eaten
Medicinal

The seeds are vermifuge[7
]. They are ground into a fine flour, then made into an emulsion with water and eaten. It is then necessary to take a purge in order to expel the tapeworms or other parasites from the body
The fruit is eaten to treat jaundice
]. Eating the fruits raw is believed to dissolve kidney stones
The juice of the fruit, mixed with oil, is applied to contusions
]. The fruit is applied to hemorrhoids
An enema of the wild plant is used to treat stomach pains
The leaves, after being steeped in vinegar, are used against ringworm
A leaf juice preparation is applied to freckles
A concoction of the roots is used as a remedy for stomach troubles and to reduce oedema
Other Uses

Bitter forms of the plant are sometimes used as a natural pesticide in stored crops
The juice of the fruit is reportedly used as an antifeedant in granaries
Propagation
Seed – sow in containers in light shade using a rich soil. Germination should take place within 2 weeks. Sow 2 or 3 seeds per pot and thin out to the best plant. Grow them on fast and plant out when the plant has at least 4 true leaves